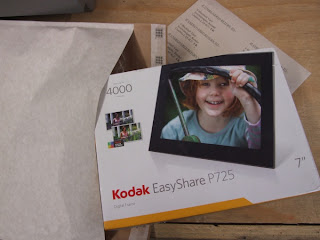 Putting a Kodak 7" Digital Photo Frame in the post to Northern Ireland. We are giving away Papermate pens with any order (while stocks last) and a photo frame once a day. All you have to do is place an order to be in with a chance! Hurry we will only be running this for one more week!

Mrs M from Belfast! Congratulations, a Kodak 7" Photo Frame is on it's way to you. To find out more see http://www.kc-inks.co.uk/
Posted by KC Inks at 02:45 No comments:

We have our first winner!

The first winner of the Kodak 7" Digital Photo Frame is......

Congratulations, check back to see if you have won after the next draw on Monday!
Posted by KC Inks at 07:06 No comments:

The next wave of freebies is here! 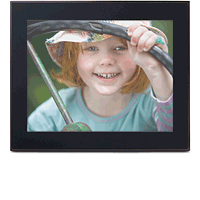 Ok so we are on the next lot of goodies! For any order placed you will receive a Papermate Flexigrip Gel 0.7 pen (blue ink).

The best bit is........... every day we will put all order numbers into a draw. One lucky person's order will be drawn and they will receive a Kodak 7" Didital Photo Frame! Completely at random - get your orders in!

We made it home!

What an adventure! We saw lakes... 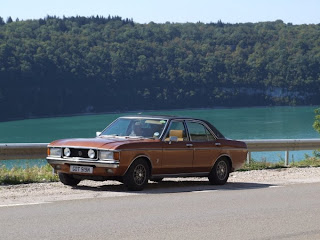 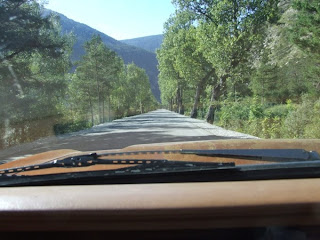 Went up high mountain passes ( I am ashamed to admit that I cried - 7,500 feet, the road the width of the car and no barriers...) 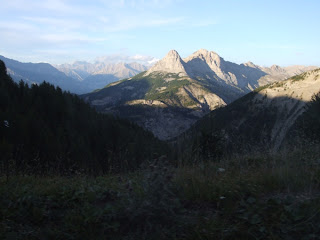 Even above the clouds... 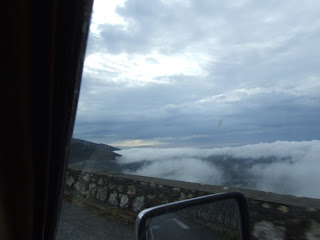 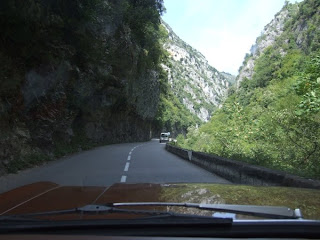 And over scary bridges... 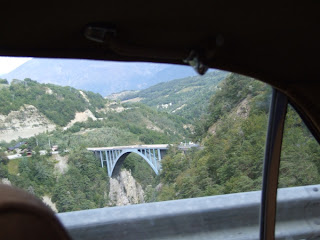 There will be a video of the Col du Turini soon!
Posted by KC Inks at 02:05 No comments: 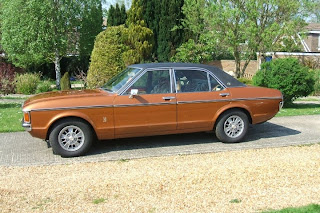 I will not be writing anything for the next ten days or so because I am off on my holidays! John and I are going on a big adventure, we are driving across France to Monte Carlo......... in a 1974 Ford Granada! That makes the car five years older than me, and with John being on crutches I am the lucky person who gets to mend the car if it breaks down! I don't know how! So if you don't see a new post in just over a weeks time it will be because we have broken down on top of the Alps. Wish us luck!
Posted by KC Inks at 00:39 No comments: 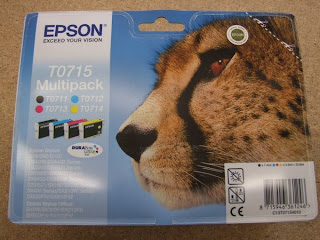 Here are some price comparisons you might find interesting! These prices are correct on 07/09/10. All comparisons are for the Epson T0715 genuine (as pictured above) and compatible quad packs.

First up the genuine cartridge comparison.

Even without delivery we are cheaper than everyone else! You can't count Viking because you HAVE to order and have it delivered with them! Our free delivery is first class, you should get your parcel the next day!

WOW! Now that really is a lot of savings! Our compatible cartridges generally contain more than double the amount of ink compared to the genuine cartridges. And remember we haven't lowered our prices to make them look more attractive to you, these are the prices that we have held at this level for most of this year! So happy shopping....
Posted by KC Inks at 03:38 No comments:

KC Inks Ltd are a Brother Approved Independant Retailer. I thought you might like to know a little background and why we chose Brother and not somebody else. The information about Brother is taken from their own website.
The company was incorporated in 1934. Based in Nagoya, Japan they now have offices throughout the world and manufacturing plants in Japan, Taiwan, Korea, America, Malaysia, Ireland and the UK. Brother has operations in 28 countries and is sold in more than 100 countries.
The UK subsidiary began in 1959 in London, but moved to Manchester in 1968, into a sewing machine factory (Brother don't just make printers you know!) The Manchester office is the headquarters of Brother Europe. Brother also has a factory in Ruabon, Wales making typewriters. The Manchester office also provides sales, marketing, technical support, warehousing and distribution and a customer support call centre. I think that the British call centre is SO IMPORTANT - speaking to somebody in this country who understands relieves so much of the associated frustration!
Brother also has an ISO9001 which is an internationally recognized standard for Quality Management Systems which includes; quality of service and repair, consistency of order processing, operational controls and customer liason procedures. They recently won the Microscope ACES award for "Environmental Company of the Year" Brother were the ONLY printer manufacturer to be nominated. Another accolade was scoring 100/100 in the "Ethical Company Organisation Good shoppong Guide" for the fourth year in a row!
There are a couple of reasons why KC Inks chose to affiliate with Brother. First of all customer service. I firmly believe that good service (with a smile) is the way forward in any business. Make everyone happy! I have found Brother to be very good to deal with.
Secondly from my own experiences. A long time ago I bought a Brother fax machine, not very expensive, just to plod away at the back of the office. Then one day I printed out some holiday snaps on it.... and they came out really well! Then I did a photo album for a friends birthday, again very good results. Which I thought for a little fax machine was rather good. Since then we have gradually replaced all the printers (inkjet and laser) in the office with Brother and we are of course very pleased with them. All because of that first little fax....
Posted by KC Inks at 01:45 No comments: