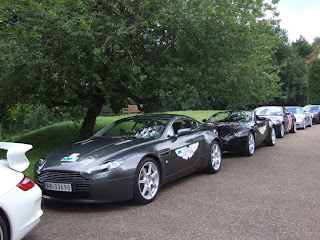 So the big day finally arrived and we were heading to a very posh hotel in Surrey to meet everyone and get ready for the off! The excitement was unbelievable - people had come from America and Norway to take part, all the cars were lined up ready for photos! 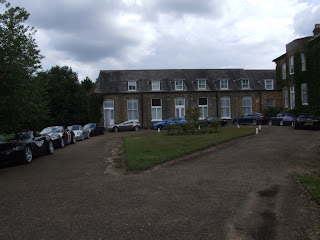 Everyone had time to wonder around, take pictures and admire the beautiful cars before lunch. We had a lovely barbeque on the terrace, I don't think anyone believed us that it was the first time this year John and I had sat outside without coats on! 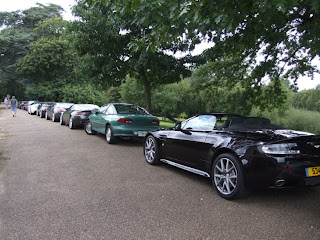 The line up of cars was fabulous! We were the only "old" car there and we certainly got a lot of attention. As we lined up someone commented "that's a PROPER Cannonball car" John was chuffed to bits! We were feeling much more confident with the car as we had a very good run down from Cumbria with no problems. 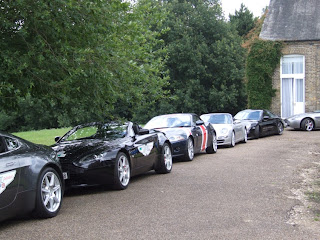 We were setting off on the same day as the Silverstone Grand Prix, luckily for all the Formula 1 fans we had time to watch it before the Drivers Briefing at 2.30pm. It was definately getting difficult to sit still after a while - knowing we were going to be driving all night and just not being able to wait to find out where we were going!!!! 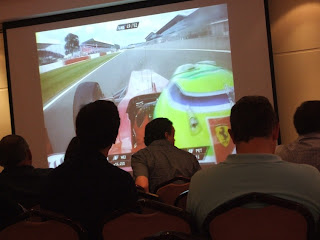 Watching the F1, I don't think anyone could sit still! We were on tenterhooks and we weren't going to find out until we were in the car which ferry port we were going to!!!!
Posted by KC Inks at 02:06